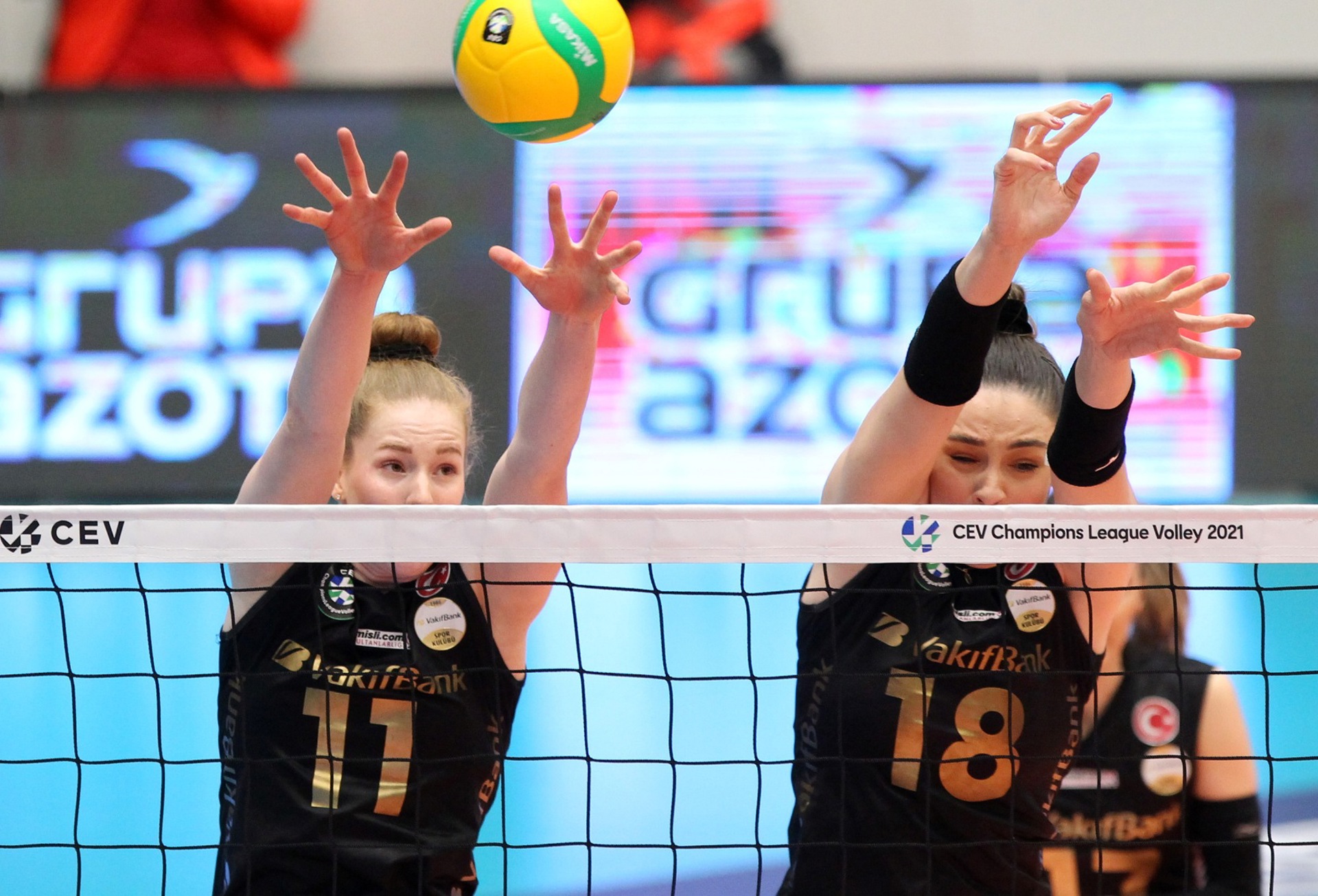 VakifBank’s Haak and Gunes on the block

The Turkish powerhouse have missed the Final Four only once within the last 11 editions of the Champions League. Excluding the interrupted 2020 season, when VakifBank had already advanced to the semifinals by the time the coronavirus pandemic struck, and the 2019 edition, when no bronze medal match was played, the Istanbul giant made the podium every time they reached the semis.

Within the eight Champions League seasons from 2011 and 2018, VakifBank played in six finals, winning four of them to tie record-holders Volley Bergamo of Italy with highest number of continental titles since the Champions League format was introduced at the turn of the century.

VakifBank also won the FIVB Club World Championship a record-high three times towards a total of six podiums. They claimed the CEV Top Teams Cup once and the CEV Challenge Cup once and, even without counting the numerous trophies and medals from Turkey’s national competitions, they are clearly the world’s most decorated club of the century in women’s volleyball. Of course, the two continental silver medals VakifBank took in the European Champions Cup towards the end of the 20th century, when they were still based in Ankara, should be mentioned as well.

On May 1, at 17:00 local time in Verona, VakifBank will take on reigning club world champions A. Carraro Imoco Conegliano of Italy in a quest for their fifth Champions League trophy. Since the last time these two teams met, in the semifinals of the FIVB Club World Championship on December 7, 2019, when the Turkish side lost a nail-biting tie-breaker, coach Giovanni Guidetti’s team have been on an impressive 68-3 win-loss run in all competitions. In the Champions League alone, they have won 16 of their last 17 games.

This season, VakifBank topped the Pool C standings unbeaten, after losing only two sets in the six matches against LKS Commercecon Lodz of Poland, ASPTT Mulhouse VB of France and Maritza Plovdiv of Bulgaria. In the quarterfinals, they mastered two shutouts of Poland’s Grupa Azoty Chemik Police, but received a shocker by losing in five sets to Italy’s Unet e-work Busto Arsizio in the first leg of the semifinals at home. However, Guidetti’s squad rebounded in the best possible way, winning the away match in straight sets and progressing to the Super Final.

VakifBank are the season’s statistical leaders on several counts. They have scored the highest average number of 19.26 points per set and the highest share of break points, 49.92%, among all teams in the competition. They also have the highest success rate of 49.01% in attack. The team from Istanbul come third in both average aces per set and total aces scored, as well as third in percentage of excellent receptions. Their total tally of 655 points includes 104 blocks and 55 aces. Well supported by one of the best setters in the world, Serbia’s Maja Ognjenovic, Swedish star Isabelle Haak has contributed 203 points, which puts her in second place in two individual charts, by total number of points and by average number of points per set. VakifBank’s opposite is also second by total number of spiking kills, while her Turkish teammate, middle blocker Zehra Gunes, has the highest success rate of 69.84% in offence.

VakifBank’s stellar line-up includes a number of other world-class athletes like Serbian middle Milena Rasic, and outsides Gabriela Guimares of Brazil and Michelle Bartsch-Hackley of USA.