They look unbeatable! It’s almost impossible to imagine that the staggering winning streak A. Carraro Imoco Conegliano are on could come to an end on Saturday as they face the last obstacle on the way to completing a glorious portfolio of all possible trophies. 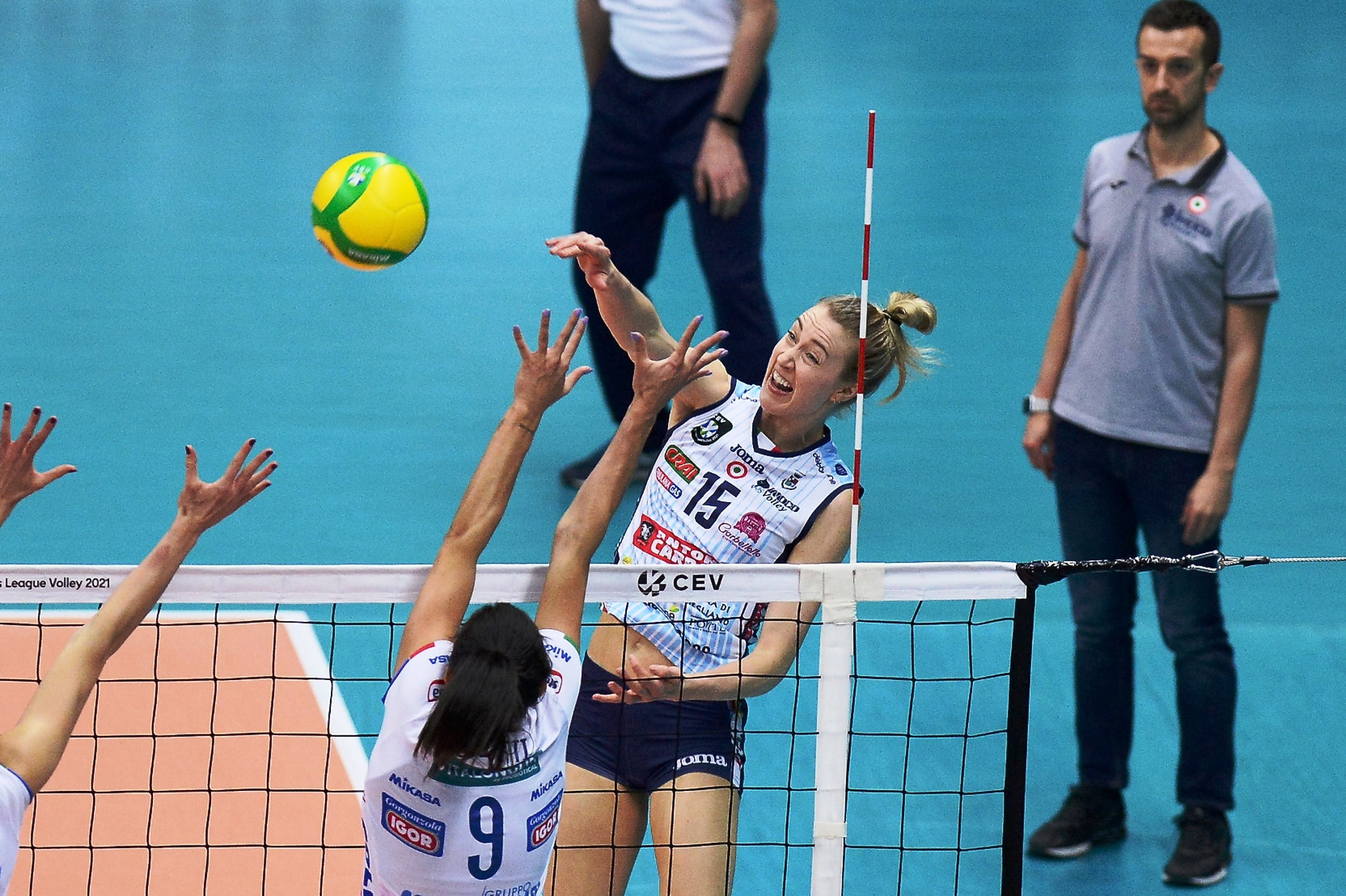 Since losing to Italian compatriots Igor Gorgonzola Novara in the last edition of the CEV Champions League Volley Super Finals, back in May 2019, the team from Conegliano have been on an 81-1 win-loss run across all competitions, picking up the trophies of the FIVB Club World Championship, the Italian national championship, the Italy Cup (twice) and the Italy Super Cup (twice) along the way.

The only big one missing from Imoco’s impressive showcase is that of the CEV Champions League. In Europe’s top-tier club competition alone, Imoco are on a 17-match winning streak. Before that amazing series started with the start of the 2019-2020 season, they had been on the podium for three consecutive seasons. They claimed the silver medals in 2017 and 2019, as well as the bronze in 2018, but never quite managed to reach the top.

In 2019-2020, Imoco reached the semifinals and were once again very close to their coveted goal, when the coronavirus pandemic struck to prompt the season pre-maturely discontinued.

14 of the team’s 17 Champions League wins were achieved in straight sets. Over the two seasons in the competition, Imoco have so far lost a total of five sets only.

Starting the current season directly from the fourth round, coach Daniele Santarelli’s squad topped the final standings in Pool B, ahead of Turkey’s Fenerbahce Opet Istanbul, France’s VB Nantes and Slovenia’s Calcit Volley Kamnik. In the quarterfinals, Imoco went past fellow Italians Savino Del Bene Scandicci, before shutting out archrivals Igor Gorgonzola twice in the semis.

Since the start of the season, Imoco have scored a total of 622 points, including 48 serving aces and 104 kill blocks. Among all Champions League teams this season, the side from Conegliano come second in average points per set, second in percentage of break points, second in attack success rate, third in average blocking points per set, fourth in total aces scored and fourth in percentage of excellent receptions, showing superb all-around qualities to power their quest to the ultimate battle for the trophy. Imoco’s stellar line-up includes the likes of 22-year-old super opposite Paola Egonu, the best scorer of the season on a per-set average of 6.44 points and the best server of the season on a per-set average of 0.70 aces, experienced Monica De Gennaro, the second most efficient receiver so far this season and arguably the best libero in the world, as well as top-notch athletes in all playing positions like Polish setter Joanna Wolosz, American outside hitter Kimberly Hill or Dutch middle blocker Robin De Kruijf, to name a few.

Just days ago, Egonu put on display the top shape she is in ahead of the upcoming Champions League Super Final against Turkey’s VakifBank Istanbul in Verona (Saturday, May 1, 17:00 local time). In the two matches of the final playoff in Italy’s domestic league, she tallied a stunning total of 82 points (47 in the first game and 35 in the second) against Igor towards the national title. 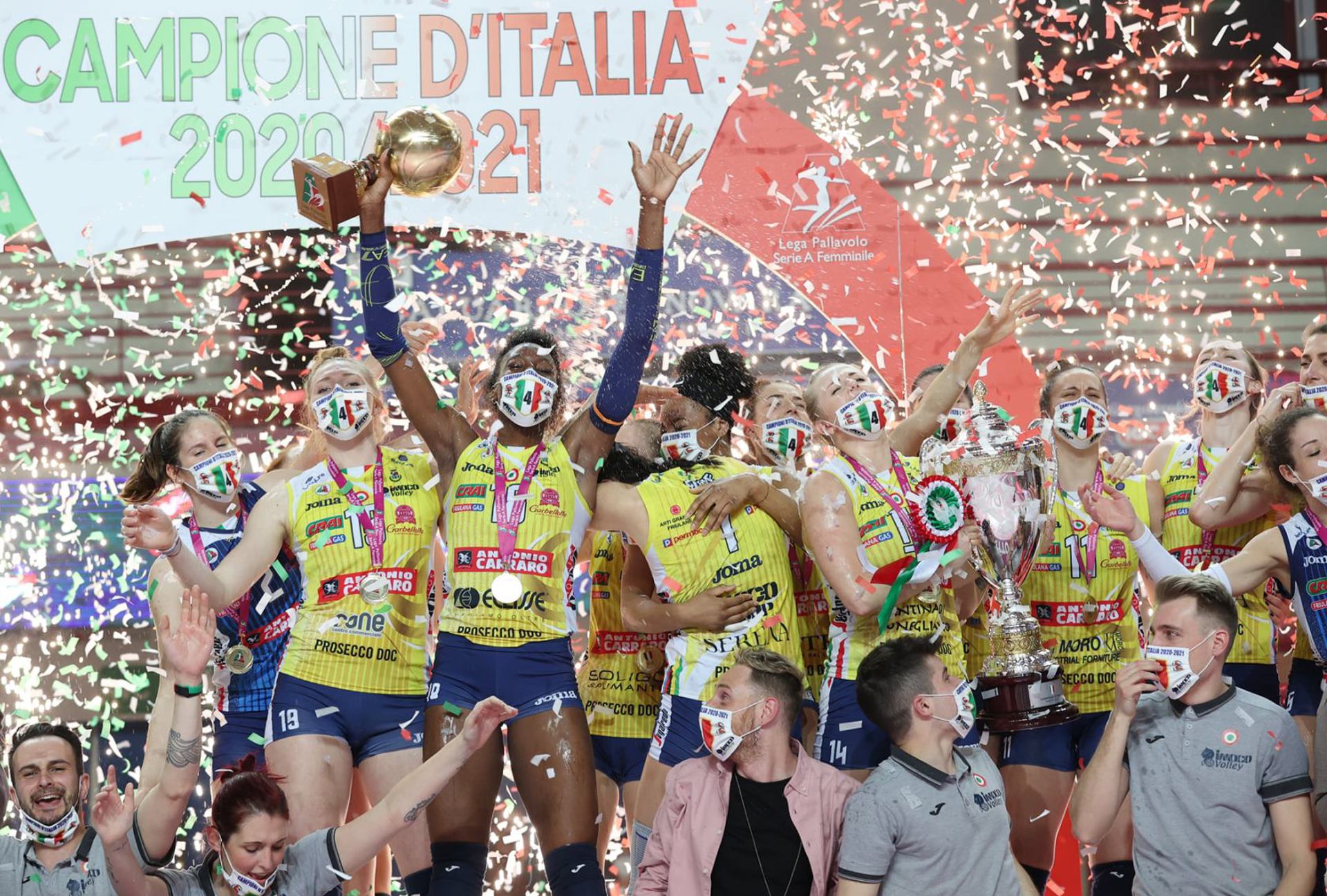